Abuse - what is it? and who is the abuser?

Any person wants to live a normal, full life. Its quality can be influenced by many factors, which include moral and physical health, a sufficient level of security, comfortable living conditions, etc. Relationships in the family, at work and other groups play an important role. They must meet the requirements of a particular community, but always take into account the interests of each person, respecting his right to personal space.

Thir our readers have an understanding of what violations can be and how they can be avoided, we decided to take a closer look at such a thing as abuse.

We advise you to read what is treason? 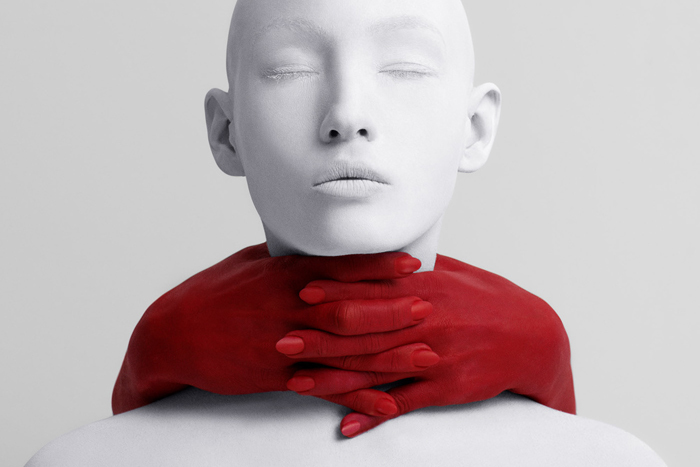 Abusion or abusive relationship is a format of communication when one person violates the personal boundaries of another. Such relationships have a clear model, where one person is an abuser or aggressor, and the second is a victim. Abuse can manifest itself in different forms and concern not only personal relations between a man and a woman, but also in the case of other family members (parent-child, brother-sister, leader-subordinate, etc.). It is important to understand, that in this abuser-victim bundle both participants are in an unhealthy position and help may be needed by each of the parties.

What are the forms and signs of abuse?

The name abuse has many forms and synonyms, among which there is humiliation, insult, etc. Depending on the form in which this type of violence manifests itself, it can manifest itself in different ways:

The clearest sign of abuse, in which the abuser causes physical harm to the victim. It can be beatings, as well as sexual violence. Coercion to certain actions, restriction of freedom or any other method of influence that is accompanied by assault or threat of physical violence, is also a physical form of abuse.

This can be both an explicit form, when a person is threatened or blackmailed, forced to perform any actions, and hidden, with the use of manipulation. The second method is more dangerous, since it can be identified far from immediately, during this time the victim can be greatly harmed.

Control or restriction of finances and access to various benefits in order to control the victim. In this case, the abuser can control not only his own funds, but also manage the victim's finances.

It's not uncommon for abusive relationships to manifest two or all three types of violence. They may not always be aggressive, the abuser may position this as caring for the victim. In some cases, the rapists themselves believe it.

How to understand that this is an abuse?

Despite the fact that this concept has received a fairly accurate definition, it is not immediately possible to recognize the beginning of an abusive relationship. Often the rapist affects the victim gradually, increasing control and tightening methods.

To ensure that you can understand in time that violence is being used against you, we have collected several factors that serve as its signal:

Important to understand that abusers are good at manipulating. There are cases when a person first surrounds the victim with love and care, cares and compliments. Gradually, his presence in personal space increases, the victim becomes uncomfortable and she begins to show discontent or an attempt to get rid of pressure. The first signals of abuse can appear at this very moment when he feels that he is losing control.

Important to understand that the tendency to violence, whether emotional or physical impact is an a deviation from the norm.

Ono can appear as a result of the presence of a mental disorder, when the abuser himself can not adequately perceive himself and the attitude of others to him. Forcing another person to live and act according to his rules, he tries to make his life harmonious and comfortable. These can be both diseases that completely distort the picture of perception and the person himself is constantly under stress, and deviations or disorders, when he can adequately assess the situation, but does not want to. Despite the aggressiveness and persuasiveness of such people, they can often have a large number of complexes, phobias, as well as low self-esteem

The cause of diseases can be physical trauma or emotional traumatic experiences received by a person in childhood or any other age. As for deviations, this can also be affected by upbringing, since children often copy the behavior of parents. If there was physical or emotional abuse in the family, it is likely that the child will repeat this experience, considering this model the only correct one.

Who can be the victim?

I urge you to pay special attention to this point, as there is an opinion that the victims of abusers are only weak personalities who have not achieved anything in their personal lives and work, as well as those who can not stand up for themselves.

In fact, rapists often choose strong and confident personalities. They study them, try to understand them. needs and find weaknesses. At the same time, the abuser behaves like an equal partner who knows and respects the rules of his victim, praises and supports.

When the weaknesses are identified and the victim feels trust and relaxation, the abuser begins to strike the first blows. It can be a sudden rudeness, which was previously absolutely not peculiar, a person can abruptly disappear and not get in touch, be offended and not talk, without explaining the reason. At the same time, the rapist convinces that everything is in order and the victim "seemed". A high level of trust, which the victim feels for the abuser, makes you start digging into yourself, your actions, which could lead to a change of mood. The latter, at the same time, does not always immediately go to accusations, he can take the blame, causing a sense of pity or even greater guilt in the victim

A good attitude that the rapist shows initially can last long enough, the victims are hooked at the moment when they go on about his demands, trying to regain the former closeness and trust.

What if you are a victim or abuser?

Returning to the fact that the model of such a relationship does not imply anything good for both parties, the help of a specialist is necessary. Therefore, if you feel discomfort in the relationship with a loved one, colleague, friend or saw your relationship with your parents in what we described above, contact a psychologist.

This specialist will help to correctly assess the situation and your condition, and also help to find a way out of the situation, no matter how difficult it may be. It can be both individual and family therapy, it all depends on who feels discomfort - one of the partners or both.

Important to understand that a timely exit from abusive relationships can not only improve the quality of your life, but also protect your health, and in some cases even save a life.

Ye can find a specialist on our platform. Psychologists work in an online format, this makes it possible not to limit your choice to your city or country, as well as to take sessions in a comfortable and safe atmosphere.