Care for a newborn is one of the most important tasks that every parent faces. In order for a little man to grow up healthy and happy, he needs the constant presence of a close and loving person, as well as full food, sleep and activities for development

In addition, the process of intrauterine development of the baby even before his birth is also important. This is one of the reasons why there are a number of restrictions and recommendations for pregnant women, constant medical supervision is necessary. Stress, diseases, infections, as well as bad habits during this period adversely affect not only the health and well-being of the woman, but also negatively affect the development of the fetus.

Se second important point is professional help during childbirth. The process of giving birth to a child is not only a great start to a new life, but also a significant burden on the mother's body and risks for the baby. Complications or injuries during childbirth can lead to a serious disease - Cerebral Palsy (CP).

In medicine, there are several classifications of this disease, which depend on the level of its complexity. In any of the variants, cerebral palsy has a significant negative impact on the development and further life of the child, as well as his parents.

To ensure that our readers have the opportunity to better understand the nature and characteristics of this disease, as well as, if possible, reduce its risks, we have studied this topic in detail. 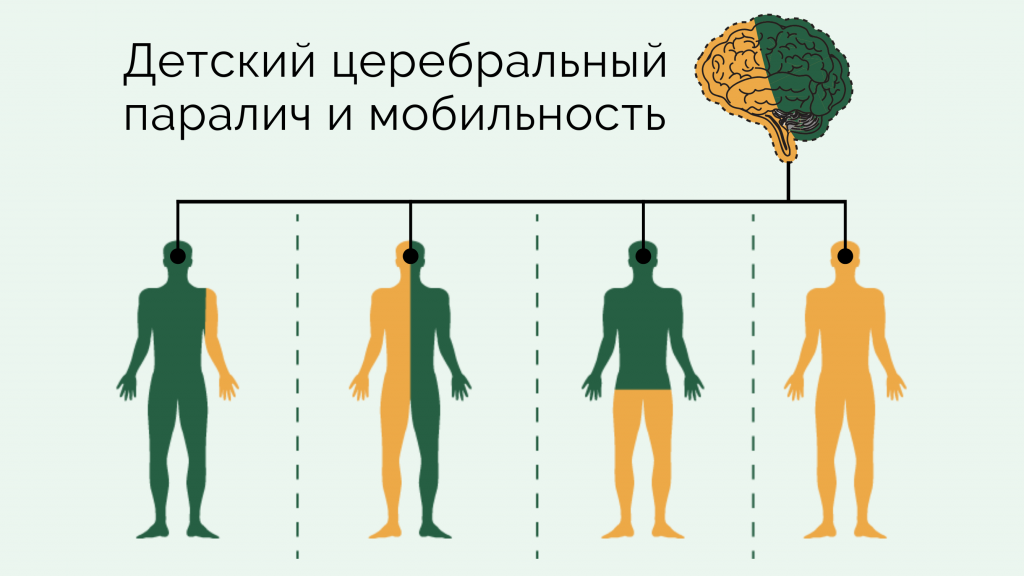 To date, this is a whole group of diseases that differ in varying intensity of manifestation. Cerebral palsy is not a hereditary or contagious disease, it is not transmitted in any way.

In order for a person to live a full life, he needs to be not only physically, but also mentally healthy. The presence of physical diseases can partially limit his opportunities and access to various benefits, as for the psyche, disorders can significantly hinder socialization. What symptoms of schizophrenia do you know?

The main cause of abnormalities is the pathology of the brain, which can occur in its different lobes. It can develop both during the period when the child is in the womb and during birth, less often in early childhood

There are several forms of cerebral palsy:

One of the most complex forms, which is characterized by a change in the shape of the skeleton and limbs. More obvious deformations of the hands. This form is characterized by a violation of mental activity, vision, hearing. A child with this form can not develop in society and independently serve himself, he requires constant monitoring and help.

The spine and limbs are deformed, the legs undergo great changes. As a result of atrophy of some nerves, vision deteriorates, strabismus, hearing and speech impairment are observed. Higher social adaptation since intelligence is reduced moderately, a person can serve himself and master simple professions with low deformation of the hands.

One side is deformed, while the hand suffers more. Hemiplegia characterized by a delay in intellectual development and speech defects. The level of socialization is quite high, but depends more not on physical deformities, but on mental development.

With this form of cerebral palsy, there is no pronounced deformation of the skeleton or limbs, it is characterized by dysfunction of muscle tone. It can be like sudden strong spazzeswe, causing seizures, and significant weakening or paralysis. Because of this, the muscles develop incorrectly, which affects the position of the body and motor functions. Intelligence at the same time develops satisfactorily, a person can graduate from a university, having mastered a profession adapted to its physiological characteristics

No deformations, the muscles develop, but have a low tone, the body can function normally. Complications manifest themselves in the form of inconsistent movements - ataxia. At the same time, the strength and functionality of the muscles are preserved, but the movements become awkward and quite sharp.

There are also mixed forms in which a number of symptoms characteristic of different types of cerebral palsy can occur. However, in the vast majority of cases, doctors diagnose one form.

Complicity of manifestation depends on which area of the brain is damaged. Regardless of the level of deformation of the musculoskeletal system, most patients have seizures of epilepsy.

The causes that will be listed below lead to impaired brain development of the child. Necrosis of the tissues of the cortex, subcortical areas, capsules or brain stem occurs.

Maye may lead to such consequences:

Despite the fact that cerebral palsy is often the result of disorders during fetal development or at birth, there are cases that provoke this disease in early childhood:

So also nereDki cases when cerebral palsy is the result of Rh conflict between mother and child. With different Rh factors of the blood of mother and child, the woman's body perceives the blood of the child as a foreign substance and begins to produce antibodies that kill red blood cells in the fetal body. This leads to oxygen starvation of the child's brain and possible necrosis.

Diagnostic cerebral palsy can be a pediatric neurologist. If there were no prerequisites for making this diagnosis during the period of bearing a child, the first signs may not appear immediately.

To make an accurate diagnosis, a number of studies are carried out, including encephalography, MRI, electromyo- and neurography.

Treatment of cerebral palsy and rehabilitation

As with most diseases, the earlier the diagnosis is made, the more effective the treatment will be and the higher the quality of life of the child and the whole family. In any case, it should be understood that this is a long process that requires a systematic approach.

To alleviate the patient's condition, the following methods are used:

Success for treatment, several approaches can be chosen, depending on the problems that are identified in the child. Some of them are aimed at correcting physical disabilities and ensuring the proper functioning of organs and systems. Part of them is aimed at adapting a child with cerebral palsy in society.

The attention should be paid to working with a psychologist. Unfortunately, our society is not always loyal to people who have certain features in development. Especially when it comes to children who are just learning about the world and do not have a clearly formed worldview and their own position in relation to such things. One of the important points that affect the effectiveness of treatment, is a positive attitude and compliance with all prescriptions of doctors. This applies to older and more conscious children. Working with a psychologist will help to correctly accept yourself and your illness, as well as to form resistance to the not always correct attitude of society. This will help protect the child from the development of various mental disorders against the background of external stress.

Psychological assistance in Russia and Ukraine

If your child has cerebral palsy and you need the help of a psychologist, you can find it with the help of our service. The treatment plan, frequency and number of sessions are prescribed individually, after an assessment by a specialist of the patient's condition.

Psychologists consult online, this allows you to undergo therapy in a familiar and safe way.Do not interrupt sessions during pandemics and other restrictions.