Devial behavior of adolescents – a stable form of behavior that differs from the generally accepted rules. Adolescents are characterized by different forms of protest, because during this period the formation of personality and character takes place. But, for various reasons, this protest turns into a form of deviant behavior that negatively affects the personality of a teenager. Parents can not always notice the signs, because in the transition period not all parents know, how to behave. This is due, in many ways, to the loss of control over the child. Therefore, every parent needs to know about deviant behavior, its forms and causes. If the child has serious problems, the help of a psychologist is necessary. 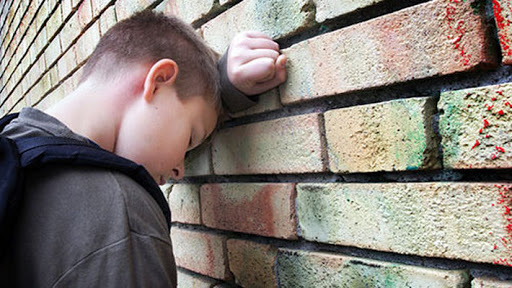 Problem of deviant behavior is more relevant than ever, because new mechanisms of influence on the younger generation have appeared. Scientists distinguish such forms of such behavior:

Modern media space is oversaturated with information and often does not use it in a positive way. Scientists have come to the conclusion that in the digital age it is necessary to distinguish another form of deviation – cyber deviation. This includes hacking social media pages, bullying on the Internet, demonstrating deviant behavior on social networks, propaganda of offenses. Scientists note that deviant behavior can be positive – benefiting society, but deviating from generally accepted norms. These are: self-sacrifice, virtue, excessive generosity, asceticism, heroism, workaholism, excessive pity.

Psychological tests for adolescents are used to recognize the characteristics of a child's personal development. In puberty, it is important to know exactly the personal characteristics, which in the future can become the foundation for self-realization. There are many tests for this category of children, and they are quite interesting. A teenager may well find a similar test on the Internet and take it on his own.

Each teenager rebels in his transition period, but not everyone uses deviant behavior for this. There are several types of families in which adolescents most often succumb to deviation:

The main reasons for the occurrence of behavioral disorders are psycho-emotional stress, the disadvantage of the material sphere, the impact of the media, active advertising of alcohol and cigarettes, the influence of the school factor (absent).The inadequacy of education measures). Often deviant behavior of adolescents does not end with anything and remains in adolescence. But sometimes even children's pranks and small violations of the law can become a problem in the future. Therefore, it is impossible to allow a destructive long-term influence on the unformed personality of a teenager

The best fight against deviant behavior begins with prevention. Prevention should be systematic and not only on the part of parents. It should actively involve the educational institution in which children study. Promotion of socially approved actions should be in the first place.

For quality prevention, the principle of prevention applies: identifying a risk group and working with such families. Psychological support for such families significantly improves the dynamics of the development of positive behavior.

In the family, there should be trust between parents and the child so that he does not seek love and understanding on the side. Therefore, talk to your child, be interested in him and remember that it is not enough to satisfy only material needs: it is important to give love, support, affection and independence

Psychological help at the first signs of deviant behavior is mandatory. It is not necessary to visit the psychologist's office with your own eyes, you can contact a psychologist on our website, and he will help build a harmonious relationship with the child, and will also help in the fight against deviant behavior. If the child is closed, he has bad habits, it is worth talking to him, and then seek psychological help.