The importance of mental health is difficult to exaggerate, because this condition largely depends on how full a person's life will be. The opportunity to realize yourself in different areas: build a family, a career, find friends and a favorite hobby - without a correct assessment of yourself and others, as well as the ability to persistently perceive stressful situations, it will be quite difficult to achieve all this

One of the most common mental disorders, which occurs, according to various sources, in 9-20% of the total population of the planet, is depression. It can manifest itself with different intensity and have different causes of origin, but always negatively affects the patient and his environment

Depression can occur in anyone, regardless of gender, age and social status. The most dangerous thing for the patient is the difficulty of diagnosing this disorder and the similarity of the main symptoms with other diseases. Progressive depression can cause disintegration or conflicts in the family, destruction of the career. It is often the cause of suicides in adolescents and adults.

One of the varieties of this mental disorder is endogenous depression. We decided to understand in more detail the causes of its occurrence and the main symptoms.

The term "endogenous" means that the causes of the disorder are internal. If the usual exogenous depression can begin as a result of stress caused by the death of a loved one, separation, quarrels, loss of work or injury, and this trigger can be designated by identifying the debut of the disorder in time, then the diagnosis of endogenous is more difficult. 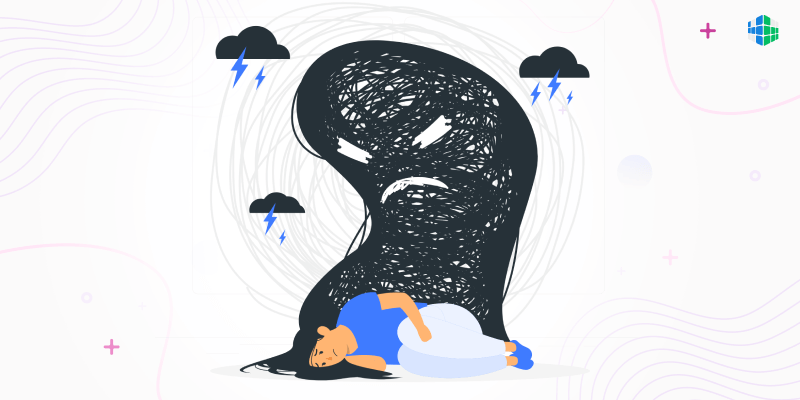 This diagnosis can be made by a psychotherapist or psychiatrist for consultations, focusing on the patient's complaints and features of his behavior. Any tests or medical tests are not carried out. The onset of endogenous depression can be detected only after the deterioration of the person's condition, since it is not preceded by traumatic events. The same applies to recovery - any, even positive changes cause a weak reaction or do not cause it at all.

So a characteristic feature that helps to distinguish the endogenous process from the exogenous one is a constant depressed state, a person digs in and blames himself for everything, but does not become tearful and does not suffer from sharp mood swings. There are cases when the immediate environment decides that a person's character has deteriorated or he showed negative traits in the process of dating. It is important to understand that depression is not a manifestation of accentuations, which are characteristics of the character and are within the norm. It is a complex, mental disorder that requires treatment and observation.

The state of endogenous depression is always more severe than that of exogenous depression, regardless of whether the exacerbation has begun or the symptoms are weaker. In the case of exogenous episodes, a person is aware of the presence of a trigger - the cause that led to the occurrence of the disorder. This understanding allows him to seek help in time or get it from loved ones. In the case of endogenous for a person, this condition becomes an unconscious norm, he does not perceive the presence of changes.

The exact reason that would explain the appearance of endogenous depression and prevent such a possibility is not fully understood. The human psyche is a complex system with a large number of individual characteristics, so there are several theories that explain the appearance of such a disorder. Their correctness is confirmed by the fact that the treatment that is selected on the basis of the theory gives a positive result.

Interesting to know what the symptoms of dissociative personality disorder are

The main version is a genetic predisposition. According to the theory, the biological processes in the human body that cause endogenous depression arise from a mutation in a certain gene that may be present in members of the same family. In this case, the debut can occur both at a young and more mature age, but there is no guarantee that this will happen. The presence of a mental disorder in one of the relatives increases the likelihood of illness of the rest of the blood members of the family, but is not the rule.

From the point of view of physiology, the theory is based on metabolic processes in which dopamine, norepinephrine and serotonin are involved. Their deficiency, which occurs due to a violation of the processes of functioning of some departments, and explains the appearance of the symptoms described above.

Dopamine is responsible for feelings of satisfaction, love, affection, and also provides the ability of a person to concentrate and switch attention. The main task of norepinephrine is to transmit impulses of the nervous system that provide perception and response. Serotonin performs functions that are associated with the body's ability to withstand stress and stress. It facilitates physical activity, and also reduces the intensity of pain.

This theory allows us to explain not only mental abnormalities, but also physical weakness and inhibition, as well as increased sensitivity of the human body, which suffers from endogen.

If exogenous depression is treated with psychotherapy and antidepressants, endogenous therapy is more focused on medications

Antidepressants can have a different composition, it depends on the intensity and complexity of the symptoms. In cases where the patient is dominated by motor and mental inhibition, as well as a pessimistic mood in a passive form, drugs that are aimed at stimulating emotional and physical activity can be prescribed. If the patient shows aggression or feels agitated, these can be combined or sedative antidepressants.

Independent on the composition, this type of medication has a cumulative effect, so the first noticeable changes in a person may appear after a few weeks or a month. That is why it is extremely important to adhere to the dosage and schedule of medication.

Ses of psychotherapy in cases of endogenous depression help the patient to realize the presence of the disease, which is extremely important for successful drug treatment. The second important point is social adaptation both during and after the completion of the course of antidepressants

Treatment of endogenous depression in Russia and Ukraine

If you find yourself or your loved ones have symptoms, which we talked about above, the first thing to do is to find a psychotherapist or psychiatrist. An experienced specialist will be able to conduct the necessary examination and diagnose, as well as prescribe treatment.

Sing our service, you can find a doctor and get advice from a psychologist online. The number is determined individually, depending on the person's condition.

The cost of one session varies between 500 - 1500 UAH, it depends on the experience and qualifications of the specialist.