Even parent has ever encountered a child's hysteria. Basically, preschool children are prone to tantrums. Parents do not know about the ways of interaction at these moments and make concessions, or even punish the child. The likelihood of such behavior is exacerbated during crisis periods of the baby's development. Therefore, parents should understand the periods of development of children and positively interact with their kids.

Why do children have tantrums?

Speakers to attract attention. Parents often immerse themselves in routine, not paying due attention to the child: cleaning, cooking, remote work, other everyday worries. Rather, they pay attention, but not enough for the baby. The child is handed a tablet with cartoons, or an independent game. After a while, the child realizes that the mother's attention is received only by important things. Therefore, hysteria in children works as a way to attract attention.

Checking the allowed boundaries. Due to their age, children test their parents for strength. Through trial and error, he checks what can be done, what can not be done. Probing the boundaries, the child learns the world. This is a normal process and you need to give the child a sense of freedom, because this is how interaction with the outside world is formed. 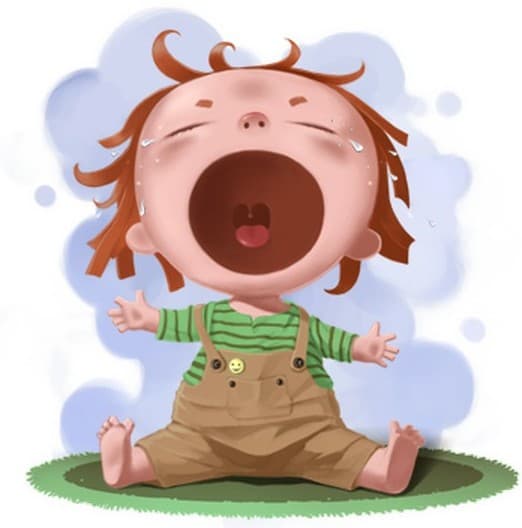 Not the ability to restrain their emotions. The child does not yet know about the ways of experiencing emotions and copes with them with the help of hysteria. Mastering new skills is not easy, and children's hysteria is one of the ways to deal with their negative emotions. For example, the child diligently cuts out a circle. Despite his genuine interest, he does not succeed the first time. Because of this, hysteria arises.

Each family has its own parenting style. In many ways, the child's development, his self-confidence and habits depend on the style of upbringing. It is the ways of upbringing, communication and interaction with children that are called styles. It is interesting to know what styles of family parenting are

Inconsistency of parental behavior, prohibitions and boundaries of what is allowed leads the child into a state of hysteria. The child will be confused and choose the right reference point for himself - hysteria.

Tuary. A busy day for a child, a lot of things that lead to fatigue can in the end to provoke a tantrum. It often happens if the child wants to sleep he begins to be capricious.

Sternistics are provoked by physical discomfort, hunger, thirst. The child cannot show his feelings and emotions controlled. Therefore, hysteria is his way of declaring his discomfort.

Parents can also provoke tantrums with their excessive love and care. Whims and tantrums are the only way to resist excessive caring.

Stisterics is actively manifested in times of crisis. Sometimes the reasons can be absurd: the child wants to be a bird, wants to eat ice cream for lunch, breakfast and dinner, wants to be a superhero. It is important for parents to be supportive for the child in such moments and remember that hysteria is a way to know the world and himself

The most common symptoms of hysteria are crying and screaming of the child. During crying, muscle tone tenses. Then he makes chaotic movements, can beat his fists on the floor, kicks on the floor. Often the child can fall to the floor and continue the tantrum in a recumbent bed.Regardless of where you stay.

In response to an adult's attempts to calm a hysterical seizure, the child responds with blows, bites and even more crying. More rare and deep manifestations of hysteria include blows to the head against the wall, table, bites of oneself, or others. Severe attacks of hysteria in children can cause convulsions, or respiratory arrest.

After the tantrum, the child becomes tired, he calms down. Specialists should be contacted at:

Sternists are normal. But if they are accompanied by the above symptoms, you should contact a psychologist. The psychologist on our website will help in interaction with the child and talk about the age characteristics of children.

Nightly tantrums in children are a frequent phenomenon. Parents may not know about ways to eliminate it, proper communication with the child at this time. Well, if night tantrums are rare, but they can occur every night. In psychology, children's night tantrums with certain signs are called Night Terror. The condition often manifests itself between two and five years of a child's life. For him, the signs are typical:

This signs with frequent manifestation require the intervention of a specialist (psychologist, psychoneurologist). The psychologist on our site will help to properly build interaction with the child during night tantrums.

Tantrums of a child at different ages

Some children throw tantrums at nine months of age, but most of them fall on the age of one and a half years. The age is small for skillful expression of emotions, and speech is not developed properly to explain their requirements.

2-year-old uses tantrums to attract attention. To do this, he uses: screaming, crying, lying on the floor, stubbornness. The emotional system at this age is not ripe, but tantrums – the only way to declare yourself.

Trekhletki are the instigators of constant tantrums. The crisis of three years contributes to this - the child is aware of himself, wants independence, to learn the world. He does not succeed due to age, so he manifests himself with his stubbornness and self-will. Tantrums are a consequence of the unformed ability to compromise, so children resort to manipulation. If the child managed to achieve his goal once, then he will learn tactics and will always use it. The child grows up, his knowledge is multiplied, and the need for tantrums disappears. As he ages, he will learn to verbally express his needs.

The duration of the hysteria after 4 years, indicates a violation. Therefore, an appeal to a specialist will be useful. You can visit a psychologist in one click - a psychologist on our website will help you master the knowledge about the crisis states of children, as well as to build optimal interaction with the child during hysteria.