Practically, every person has habits. It can be whole rules and traditions, as well as simple actions that a person does not hesitate to perform every day. The nature of their occurrence is different: someone is accustomed to repeating the action from childhood, someone was accustomed at an older age, some people adopt habits from colleagues at work, friends or relatives. These actions a person performs automatically, practically without thinking and not feeling any discomfort.

To, there are times when not performing a simple action causes a person to feel uncomfortable. And this is not a rational experience when you doubt that you have closed the door, turned off the iron and are afraid because of very real negative consequences, but obsessive and illogical thoughts

State described above often appears in people who suffer from obsessive-compulsive disorder. It can have different manifestations, frequency and intensity, but always brings discomfort and suffering to the patient.

This help our readers to identify the presence of disorders in time and seek help in a timely manner, we have studied the nature of this disorder in more detail. 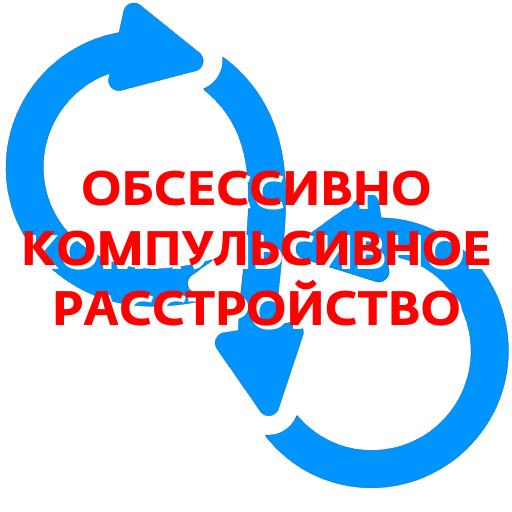 The Nature of Obsessive-Compulsive Disorder

Ossessive-compulsive disorder is a mental illness characterized by the presence of an obsession and an action aimed at getting rid of it. The idea itself is called obsession, and the action is called compulsion. These concepts can manifest themselves separately in the form of symptoms of other diseases.

Exessions are thoughts, ideas, desires that are always negative. A person is nervous, feeling obvious discomfort and stress, but at the same time cannot get rid of them. The distinctive features of obsessive thoughts from hallucinations that are characteristic of schizophrenia are the fact that the patient is aware of their inadequacy. Obsessions are associated with emotions, but do not reflect the state of the intellect, way of thinking, logic and moral character of the person. The thoughts that arise can directly contradict his beliefs, this is one of the main causes of suffering.

Compulsions are fairly simple and logical actions that a healthy person can do daily or with a certain periodicity. By themselves, they are not dangerous and do not contradict common sense. The painfulness of the reaction lies in the fact that a person cannot refuse them. Attempts to break the obsessive-compulsive circle (thought-action) end in increasing tension and increasing stress for the patient.

Every person, regardless of age, gender and social status, has been in a stressful situation at least once in his life. We advise you to read about Dissociative Personality Disorder

Thir we can better understand how obsessive-compulsive disorder manifests itself in everyday life, consider several situations that occur according to the "thought-action" scenario.

A person has a feeling of pollution, which can cause a serious and painful illness or even death. There are no objective reasons - he did not interact with patients, did not touch potentially dangerous objects, etc. And he understands this. The thought becomes more and more obsessive, the imagination draws terrible pictures of illness and imminent death, displacing other thoughts about anything else. As a result, a person washes his hands, and the thought recedes. The scenario is repeated nand the episodes become more frequent. Washing hands becomes longer and more thorough, and the obsessive thought again arises from touching a completely different object. From frequent hand washing with the use of various means, the skin may become drier, cracks appear and each new procedure brings not just discomfort, but pain. Attempts to reduce the frequency of hand washing end in nightmares in reality - obsession becomes more and more strong.

Missory fears can cause a person to constantly wash dishes, do general cleaning of the house. Obsessions related to appearance can lead to bulimia and anorexia. The need for a sense of security (we are talking about far-fetched fears when a person is not in danger) makes you constantly double-check whether the devices are turned off, whether the door is closed, the alarm is turned on. Fears that the house may explode, a flood will occur, thieves will penetrate into it, forcing a person to constantly return home in order to make sure that everything is in order. Over time, the patient less and less goes out of the house, he may begin to have problems with work or study.

History is also known when, after the death of his son, the father had an obsession that he was buried alive. The patient very vividly and in detail imagined how his child wakes up in a coffin, screams in horror, tries to get out, then suffocates and dies. At the same time, obsessions are accompanied by visual and auditory hallucinations that only intensify the torment of the patient. In order to alleviate them, the patient often went to the cemetery and listened to whether the sounds from the grave were heard. It got to the point that he decided to exhume and make sure that the position of the body in the coffin did not change.

Frequent manifestations of obsessions and their increasing intensity affect the character and behavior of the patient. Despite the fact that a person understands the absurdity of these thoughts, a large load on the psyche, which can be accompanied by depression and other disorders, makes him nervous, insecure, anxious, constantly doubting. Loss of work, quarrels with friends and relatives, as well as other troubles significantly reduce the quality of life.

Human psyche today is not fully understood system due to the complexity and many different approaches. That is why there are many theories that could explain the cause of obsessive-compulsive disorder. We will consider some of them:

In the case of these two manifestations, the patient has obsessive thoughts that do not have any logical basis. And, if the delirium manifests itself in an aggressive form, when a person is confident in the correctness of his judgments, then OCD is characterized by a weak course of the disease, when the thought has a clear plot, and the patient understands its inadequacy.

The cause of delirium is brain damage. It can be an injury, chemical, infection, or complications from an illness.

One of the tasks of this hormone, which is considered to be the "hormone of happiness", is aboutprovision of impulse transmission between different parts of the brain responsible for the perception of information, its analysis and reaction. Insufficient levels of serotonin provoke a failure in the process, which is why perception is greatly distorted.

This syndrome occurs during the body's response to streptococcal infection. The bottom line is that antibodies that are produced to kill bacteria begin to destroy healthy tissue. As a result of damage to brain tissue in those areas that are responsible for human consciousness and its connection with motor functions, OCD can occur.

Theory is partly related to serotonin. During research, a mutation was found in a gene that is responsible for transporting serotonin. This explains the presence of similar diseases in relatives.

To achieve a positive result and the disappearance of symptoms, complex therapy is used.

After diagnosis, the patient may be prescribed antidepressants aimed at compensating for serotonin. The drug is prescribed only after full screening and passing all tests that will show or refute the presence of concomitant diseases. In no case can you independently increase or decrease the dosage, start or stop taking such drugs. Such actions can not only nullify the effectiveness of the treatment, but also cause another disease, which includes bipolar disorder.

The second stage is psychotherapy sessions. One of the most popular methods is cognitive-behavioral psychotherapy. The effectiveness of this method is that the psychotherapist or psychiatrist identifies the basis of inadequate reactions - erroneous judgments on which the entire scenario of the patient is built. This helps to achieve a stable state of remission. Additionally, psychotherapy helps the patient to accept the presence of the disease and adapt after its cure. This approach also helps make it conscious to take medications.

What to do at the first symptoms?

The manifestations of obsessive-compulsive disorder can be minor and have large gaps in time. If you notice that obsessions appear in you or your loved ones, you should seek the advice of a psychotherapist. This specialist will be able to screen and identify the disorder, as well as the pattern of reactions that follow it. Based on the correct diagnosis, he will be able to prescribe a comprehensive treatment that will show a positive result.

I can use our service to use our service. Consultations are held in an online format, so you can take them in a comfortable and familiar atmosphere for you.