In order for a person to live a full life, he needs to be not only physically but also mentally healthy. The presence of physical diseases can partially limit his opportunities and access to various benefits, as for the psyche, disorders can significantly complicate socialization 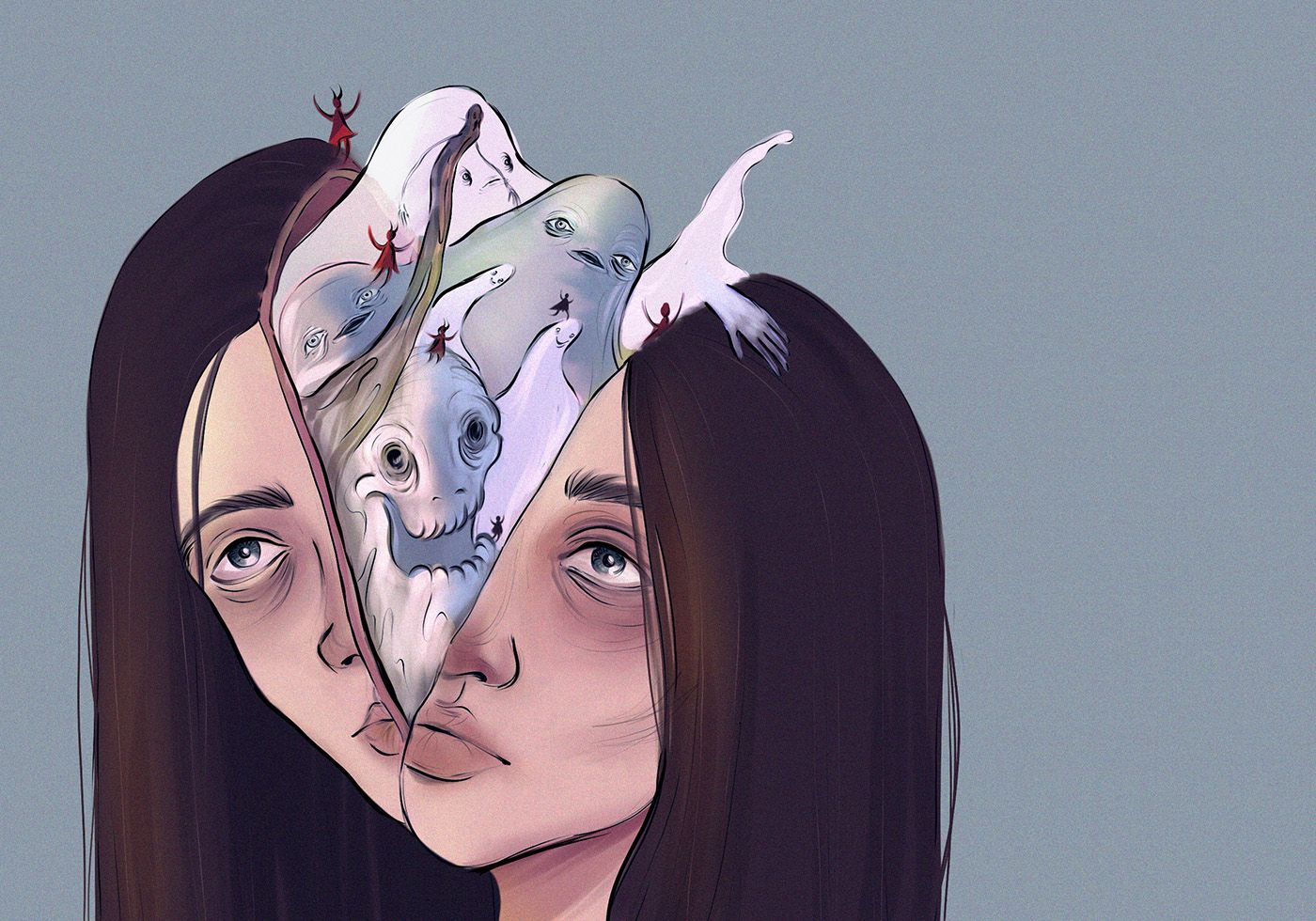 Inability to build a career, family, friendships, constant discomfort that can be caused by incorrect and inadequate perception of oneself and others - this is only part of the negative consequences. In the presence of certain diseases, a person becomes dangerous not only for himself, but also for others

One of the difficulties faced by the patient or his relatives is the diagnosis of the presence of a psychiatric disorder. In most cases, it can be detected already at the stage when the symptoms become obvious and adversely affect the patient's quality of life.

Thy order for our readers to have the opportunity to recognize the onset of the disease in a timely manner and consult a specialist, we decided to study the most common diseases and their manifestations.

Syzophrenia is a psychiatric disease in which the patient's thought process is disturbed. A person cannot adequately perceive reality and evaluate his actions and the reactions of others, as well as adequately respond to them.

Parallel with schizophrenia, a large part of patients are diagnosed with other psychiatric diseases. This can be depression, bipolar, anxiety, obsessive-compulsive and other types of disorders. Patients have an increased risk of alcohol and drug addictions, an additional danger is the fact that cardiovascular, pulmonary and other physiological diseases are often not treated. This leads to a deterioration of the human condition.

Despite the complex clinical picture that is observed in patients with several diseases, schizophrenia has symptoms different from most disorders.

Deav to the complexity and stage of the disease, symptoms can occur with varying intensity and be periodic.

Whoes with schizophrenia have such manifestations:

Parallel with the symptoms that we described above, a patient with schizophrenia cannot concentrate, remember and realize any information. At the initial stages, a person has problems at work, he forgets to complete a task or spends many times more time on it than usual. He is offended by friends and relatives for a far-thought reason, claims that he was specifically wanted to offend or hurt. Depending on the characteristics of the person's character, this can end in reconciliation, cessation of communication or a fight.

Tegrugs can begin to actively conflict with adults and peers, leave home, become addicted to alcohol or drugs

Inde cases of social isolation. At the same time, a person can completely withdraw and refuse any contacts - quit his job, stop meeting with friends, part with the second half. There are easier manifestations - the patient may refuse personal meetings, but fully communicate on the phone or on the Internet, or minimize social contacts at work, focusing on performing basic tasks

Causes of schizophrenia and similar disorders

As we have already said above, the cause of schizophrenia is internal or endogenous factors.

The largest number of patients have similar diseases in the family. It is important to understand that it is not schizophrenia itself that is transmitted, but a predisposition. This is due to certain mutations in genes that are transmitted from parent to child.

Weap the risk of schizophrenia can infections that enter the mother's body during pregnancy, and any other disorders during gestation.

DiscrimeInation, violence, restrictions, insufficient level of provision and other negative factors can be one of the reasons that increase the likelihood of schizophrenia, if initially there is such a predisposition. At the same time, a person does not necessarily have to have cases of the disease in the family - mutations in a certain gene can occur only in one of the members.

As for external or exogenous causes that cause schizophreno-like or schizophrenoform disorders, these include:

The development of the disease or the first noticeable symptoms may not occur immediately, but after a long time. Injuries in childhood can cause schizophrenia or similar disorders in adolescence or adulthood.

If you notice similar symptoms in your loved ones or acquaintances, you should seek medical help. Initial screening can be done by a psychotherapist, diagnose or exclude concomitant psychiatric diagnoses. A psychiatrist treats schizophrenia.

Correction of the condition and treatment of the disease occurs using several methods:

The patient is prescribed antipsychotic drugs or antipsychotics. These are substances that are aimed at suppressing inadequate mental and motor reactions. They eliminate the main manifestations of schizophrenia - hallucinations, delirium, catatonia. The adequacy of reactions and healthy brain activity in humans is preserved.

Psychological therapy helps a person not only to accept his condition, which is very important for proper drug treatment, but also to adapt to society after eliminating the main symptoms. Establishing relationships, the ability to analyze their own condition, as well as concentration on other life goals helps the patient to live a full life.

Are you interested in knowing what forms of cerebral palsy are?

As for the effectiveness of treatment, today there are two theories. Supporters of the first believe that a complete cure is possible with proper treatment and assistance from the patient's environment. The second group of specialists is inclined to long-term remission, when the probability of relapse is extremely small, but remains possible. In this case, the patient should be monitored and undergo periodic screenings and corrective therapy.

Diagnosis and treatment of schizophrenia in Ukraine and Russia

If you or your loved ones need the help of a psychotherapist or psychiatrist, you can find a specialist using our service. Consultations are held in an online format, this allows you to choose a doctor who is in any country, as well as receive support in a comfortable atmosphere. This allows the patient to relax, and the specialist to more accurately diagnose.