Styles of family education of children

In every family has its own style of upbringing. In many ways, it is from the style of upbringing that the development of the child, the presence of self-confidence and habits depends. It is the ways of upbringing, communication and interaction with children that are called styles.

Decord several basic styles of education, which differ in the impact on the psyche and development of the child. When choosing a style of raising a child, it is worth understanding that the main harmony in education. Otherwise, the method negatively affects the child's psyche and can lead to adverse consequences for his development. 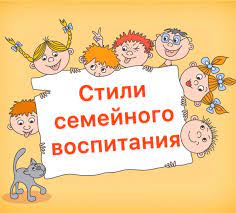 With this style of raising a child, parents in every possible way suppress all initiatives emanating from him. In parallel, they impose their opinions, sometimes without justifying anything. Control of the child's actions and actions can continue until adulthood. Any objection to the methods of raising parents is severely suppressed by physical punishments. Children growing up in such an environment do not see parental love and tenderness, insecure. Such aggressive upbringing can give rise to a reciprocal response in the child. aggression, as a result of which in adulthood he will be rude, aggressive and closed, and prone to violence.

This style of parenting is based on a connivance, which in turn forms the uncontrollability of the child. The child does not respond to the comments of adults, as he is not accustomed to following the elementary rules of discipline. In liberal families, parents have a close connection with their children, and their relationships are filled with love, care and tenderness. But at the same time, they do not control and direct the child. The child is given the opportunity to prove himself, become relaxed. Even inappropriate behavior is often encouraged. In such a family, a child grows up, is not able to put up with the fact that some aspects of his character are not perceived by society. Inadequate self-esteem and self-esteem will interfere with interactions with other people.

A child growing up in hyper-care is deprived of an independent opportunity to make decisions. Parents take on all the necessary and unnecessary responsibility in the child's life, live instead of him. A child in such a family will not be able to make independent decisions in adulthood, and sometimes remains to live with his parents until old age. Independence in adulthood is alien to them, and with socialization often difficulties. Hyper-care and constant control make the child cunning, quirky and secretive. The consequences of this style of parenting are obvious – dependence on the opinions of other people, fear of condemnation, malleability to negative influence. It is in this environment that «mama's sons grow up».

This style of upbringing presupposes the lack of interest of parents in the child. He is left to himself and does not feel either support or love. A similar style is formed more often in dependent parents, where the conditions for the child are unfavorable. Since childhood, such a child is unhappy and does not know warmth and love. An insecure child sometimes seeks warmth and support all his life, which was not received in childhood. Children in adolescence with alienated style is often stolen, show aggression.

Every parent has at least once faced a child's tantrum. Basically, children of preschool age are prone to hysterics. Parents do not know about the ways of interaction in these moments and make concessions, or even punish the child. Tantrums in children are of different types. We advise you to read

A full and self-confident personality is brought up under the influence of this style. Parents help the child, but at the same time encourage his independence, helping him solve problems. The child grows in love, parents are interested in the personal experiences of their child, play, talk with him. At the same time, there remains a demand for discipline and firmness of education.

A child in such a family grows up as an independent and purposeful person. Children get along well with people, rarely succumb to negative influences, do well in school. Often it is difficult for parents to adhere to this style of education because of family scenarios, they simply do not know how to do it. The psychologist on our site will help you choose the right methods of education and show how to raise a confident person.

In this case, the only approach to raising a child is absent, as well as clear requirements. This style of education arises involuntarily when parents cannot come to a consensus on the methods of raising a child. A child in such a family often grows neurotic, because parents are not ashamed to find out the relationship with him.

Whod children will be characterized by immaturity of judgment and aggression. It is important for the child to have clear guidelines in behavior and boundaries, stability. If this is absent, then he will not know how to behave correctly, while constantly worrying about the correctness of his behavior.

O the style of raising children, you need to think about even before their birth, because often after birth parents do not have clear ideas about upbringing. But if in the process of upbringing there are misunderstandings with children, you have constant aggression, control – it is worth contacting a specialist. It is better to talk to a psychologist about this, because he will tell you the right strategy and methods of education. For this you do not need to leave the house – our psychologists will answer all your questions.